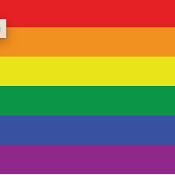 A brief description of the LGBTQIA+ acronym.

I would like to preface this by saying these are loose definitions, they are open to interpretation by each individual.
So to be consistent these are the definitions from Stonewall.

The Origins of "Friend of Dorothy"

A euphemism for a gay man or, in general, a queer person.

Friend of Dorothy refers to the 1939 film the wizard of oz because Judy Garland, who starred as the main character Dorothy was seen as a “gay icon”. This is because in the film Dorothy is accepting of all people, and her struggles in the movie resemble that of coming out.

The term first came around in the early 1950s as a way to identify other LGBTQIA+ people without having to come out blatantly.

In the 1980s the military realised that gay men would sometimes refer to themselves as friends of Dorothy, without knowing the historical context, so they launched an enormous hunt for the elusive "Dorothy", hoping to find her and convince her to reveal the names of gay men.

A woman who is sexually and/or romantically attracted to women. Some non-binary people may also identify with this term.

It is derived from the name of the Greek island of Lesbos, home to the 6th-century BC poet Sappho.
L is placed at the start of the acronym because of the medical aid from the lesbian community during the AIDS crisis in the 80s. 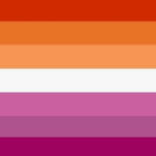 Refers to a man who has a romantic and/or sexual orientation towards men.

Up until the 90s gay was used as only an umbrella term it emerged in the early 20th century by the Stonewall generation. 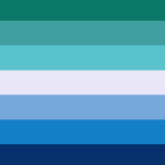 Bi is an umbrella term used to describe a romantic and/or sexual orientation towards more than one gender, and is an identity itself.

Result of questioning and critiquing identity binaries such as gay/straight, man/woman, gender and sexuality norms more broadly, as well as creating a sense of identity that's fluid. Creating the letters B and T, allowing for the acronym LGBT to exist. 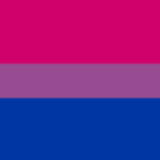 An umbrella term to describe people whose gender is not the same as, or does not sit comfortably with, the sex they were assigned at birth.

In 1979 Christine Jorgensen rejected the more common term “transexual” in favour of transgender, pushing for transgender to be used instead. By the mid-80s it was used as an umbrella term for all people that aren’t cis.

The prefix “trans” from the Latin for “across,” as opposed to “cis,” which means “on the same side”.

A term used by those wanting to reject specific labels of romantic orientation, sexual orientation and/or gender identity.

Referring to anyone that isn’t cisgender and heterosexual.

It came to use in the early 16th century originally meaning "odd" and "peculiar". It became widely used as a derogatory term for gay people in 1914, in the early 90s.
It was adopted by the LGBTQ+ community as a positive label. Mainly by the organisation combating violence against homosexuals, Queer Nation, describing the use of the word as a way to “disarm homophobes”.

Relating to a person who doesn’t experience sexual attraction.

Asexuality originated as a concept in the late 1890s, by German sexologist Magnus Hirschfeld referring to people without any sexual desire as ‘anaesthesia sexual’. But the actual term asexual came around in the 60s, but only widely put into use by the late 90s. 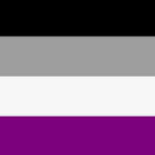